Research
Every species eventually reaches limits to its geographic range, leading to the question of what prevents a species from expanding its range via niche evolution. We examine the effects of quantitative genetic variation, individual fitness, and demographic processes on the dynamics of adaptation to novel conditions such as those beyond range edges or those that have arisen due to climatic changes. Further, we investigate why some species can evolve broad climatic niches and large geographic ranges, while other species are narrowly restricted to a limited range of environments and places. At deeper evolutionary timescales, we study the mechanisms underlying variation in diversification rates among clades. At the community level, we study the effects of changing climate on community composition and climatic niche affinities. Cumulatively, our research provides a comprehensive understanding of constraints to niche evolution within and among populations, species, clades, and communities. 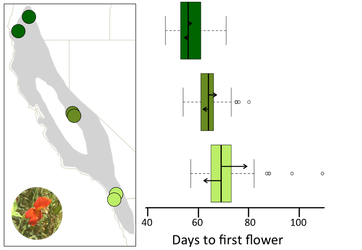 Ultimately, a population’s adaptive capacity is determined by the amount of additive genetic variance for fitness that it harbors. We are collaborating with Dr. Ruth Shaw, Dr. Mason Kulbaba, Dr. Vince Eckhart, and Rachel Pain to quantify additive genetic variance for fitness and realized rates of adaptation in multiple populations of the North American wildflower Chamaecrista fasciculata. Not only will this research improve our understanding of how adaptive potential varies over time and space, but it will also reveal whether populations can adapt rapidly enough to keep up with the pace of climate change. 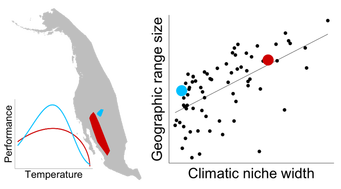 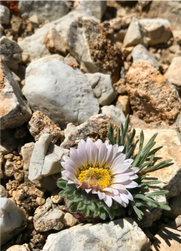 Effects of changing climate on community assembly
If climate is important in structuring plant communities on mountaintops, then climate change should result in losses of cool-adapted species and increases of warm-adapted species in these communities. Through collaborating with the non-profit organization GLORIA (Global Observation Research Initiative in Alpine Environments) Great Basin, we contribute to long-term monitoring of 29 peaks in 8 target regions in California and Nevada. Our goal is to examine the effects of climate change on alpine plant communities as part of a broader international effort using the same protocol on mountain peaks across the globe. As a first step to understanding how climate structures alpine plant communities in this region, we studied how communities are distributed across multiple scales of climatic complexity ranging from a single elevation of one peak to an elevation gradient encompassing the entire range of the White Mountains in California. We found that the presence and abundance of cool, wet-adapted species increased strongly with elevation across the entire mountain range, but these relationships were weaker within any given peak (Smithers & Oldfather et al. 2020). These findings suggest that climate was important in structuring communities at broad spatial scales, but that micro-climatic and non-climatic factors were more likely to shape community assembly at finer scales. While species might move upslope in response to climate change at broad spatial scales, pockets of suitable habitat at finer spatial scales may buffer plants under changing climate.